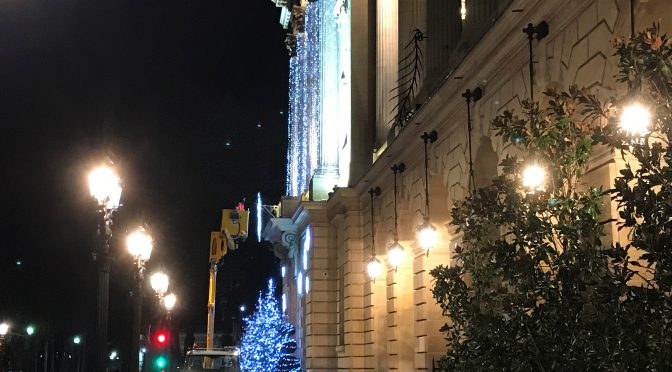 As you can see from the image above Crillon continues to get X-massed and today the Swedish Church open up their Christmas Market. So let’s see if weather allows to go there after work. 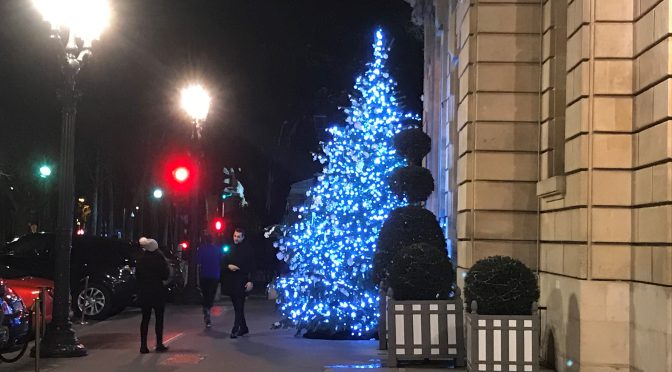 So, arrived to work this morning, and as I guessed, today the Hotel Crillon finally got their Christmas decorations up. I guess not in full yet but at least one of the trees are there 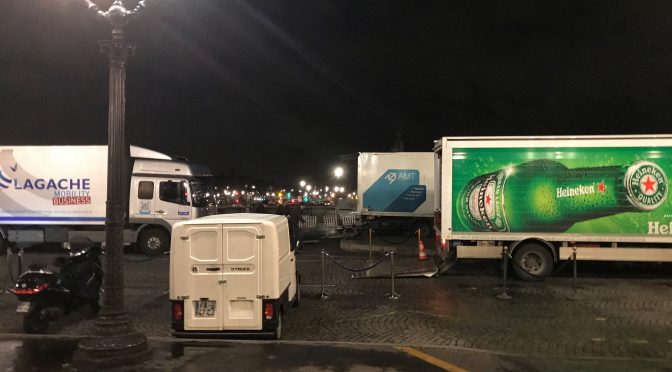 Strange enough the Hotel next to work not put up their Christmas decorations yet. I look at last years pictures in the app “TimeHop” and they have their Christmas Trees outside… But not this year. I guess we will see them after the weekend or Friday (to have some Christmas lights up for tourists over the weekend).

But beer is coming in, not to the Hotel though, it’s for the ACF Restaurant.

Have a nice day

Paris, late November 2019 – and it’s obvious that Christmas is coming. Christmas markets open up, the Swedish Christmas market is actually taking place this upcoming weekend and even if it has nothing to do with France or Paris… The Swedish morning radio play Christmas music in the mornings.

To early for me but this morning I actually heard, for me, a new Christmas song i liked; “Christmas at the airport” by Chris Lowe.

But again, to early, much to early

Have a nice day all 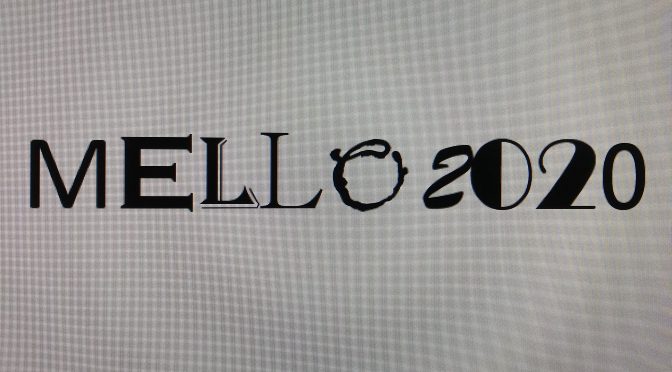 Reading what the news tells us about the upcoming Melodifestivalen 2020 it is hard to find anything really interesting among the predictions.

Of 24 guesses so far not many makes me tingling or go “WOW”.

Amanda Aasa, might be a good one, her “Gå hem” is really good, but at the end of the day one more former Idol participant in the line up feels a bit tiered and the moment. Also Victor Crone, sang for Estonia last year in the Eurovision, feels like a try to make the most of it when you got the chance. I’m not a fan of his Estonian entry even if it turned out to be a big hit in Sweden after the Eurovision it was to much of a Avicii rip of for my taste.

Hanna Ferm, more Idol rejects and a cure girl with no own style, mainstream pop made for radio I guess. Jakob Karlberg, have no idea who he is really, again one guy from Idol Sweden. Then we have “The Mamas”, backup singers for John Lundvik in Eurovision last year and even before Lundvik won the Swedish selection i Tweeted that we will see the Mamas in Melodifestivalen 2020. But they are really good and with a good song they will most likely surprise, but the genre I guess they will present in the contest, Gospel Pop, not normally a hit in Eurovision.

Albin Johnsèn can go in different directions, some songs he’s been involved with so far is very good, but there are also some songs I wish no one would ever had recorded. Suzi P? again a huge ? for me, have never heard of.

Linda Bengtzing returns after her last disaster in Melodifestivalen, this can go in either direction. Back to Linda Basics, will be a schlager hit, try again to be a bad girl, won’t reach 2:a chansen.

Then we have Frida öhrn good but not my cup of tea and Paul Rey, with an impressive CV if you look at Wikipedia, but a new name to me, Good looking boy though. I almost peed a bit when i first thought i read Paul Rein, but no… Here I guess it will be a song in the same style as Ingrosso, Robin Bengtsson, well produced radio pop.

Drängarna then, They must be 50 now? Or what? Have they changed genre or is it still Swedish Country to a Techno beat? I will either love or hate. Two famous Eurovision names then, Robin Bengtsson and Anna Bergendahl. Robin returns, and I guess it’s more to not vanish from the music scene cause I have not hear much from him since he won a few years back and Anna whom I hated when she won and went to Eurovision but last year made a comeback with one of the best songs ever been in Melodifestivalen, will be fun to see what I will think next year.

Anis don Demina together with Renaida, both go back to Melodifestivalen, Demina from last year and one of the most played songs from Mello 2019 (most played in my home) and Renaida from a few years back. I do not expect anything special from either of them.

And why Thorsten Flinck do this again I have no idea, what a nightmare.

Benediktson / Peyron, don’t know what they might bring to the table neither the OVö people, but then it start to be a bit interesting, Mohombi is back after last year. Last year he entered with a song I hoped to love before the contest, hated it but loved the French version (remix with Youssou N’Dour). But Mohombi really need a better song than “Hello” in 2020. I also wonder why he tries in Sweden when he more or less would represent France on walk over if he entered in France. Strange choice.

Two other names I have no idea who they are William Strid and Klara Hammarstöm, Strid is obviously one more Idol boy and from what i read Klara H is a pony rider… So nothing to add to that. Nothing to add to Dotter either cause I know she is a favorite among music journalists but from what I have heard so far from her she is not even knocking on the door to make me wanna buy her music.

And then add to that, Nanne and Sonja Aldèn. I can only say I look forward to see Nanne, but I am not sure if she will keep on with her special Melodifestivalen sound or want to show something new now when she is a bit “older” and Sonja have never been a favorite of mine so I will be extremely surprised if I end up with her on my top 10 list.

Remember that none of the names above is confirmed yet and 4 more names is missing in the line up but for now I must say it do not feel like we have sure Eurovision winner in this line up. 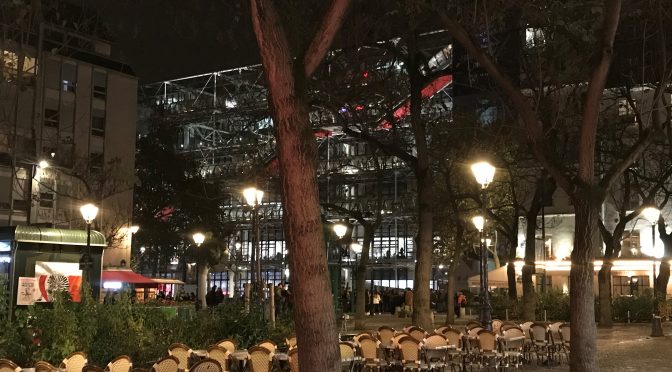 As always, everything takes place at the same time, you know, deadlines, meetings, visits from Sweden, Lucia and Swedish Christmas market… All in a few weeks, and if you know me I am not a nice person when the calendar scream at me to do things. Even fun things stress me before they happens, and at the end it might have been a really nice activity, but before… Stress, stress and more stress. How it’s possible to be stressed by a Christmas Market?

In any case I hope you all are fine out there 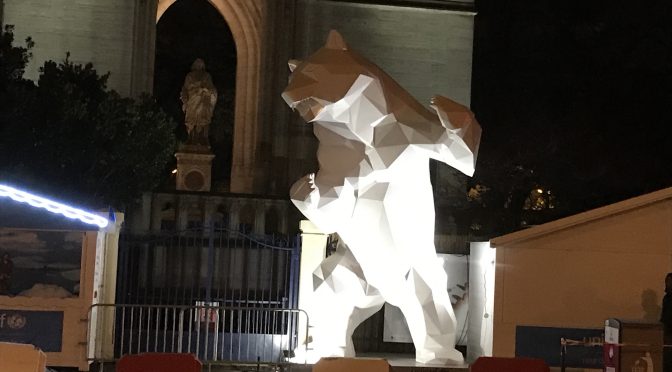 So a weekend passed and a trial to see if I still had it in me, to go out 2 evenings. I don’t, for sure. Sunday kind of fly by as a “no I have no wish to do anything” – day.

And my heart do really not work well with cold so maybe there will be some weekend evenings just inside for a while now. 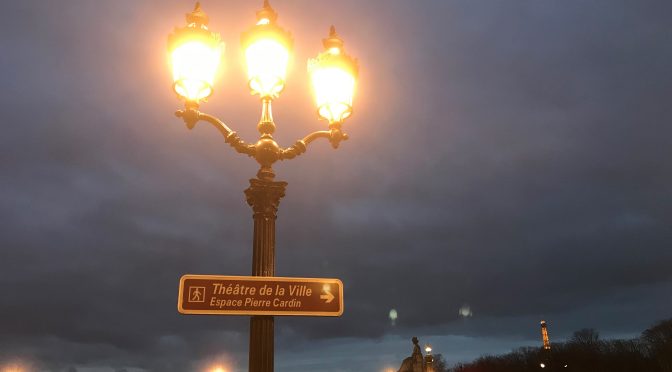 Yesterday, thanks to work (I would not have done it if I needed to go somewhere), we got vaccinated against the flue 2019. The famous “GRIPPE”.

And you know how it is, sound like a amazing idea at the time and then the day after you wake up feeling sick. Today I am in favor of the famous Swedish commercial on TV “Women talk about giving birth, they don’t know how it feels for a man when he has a cold”

Have a nice day,

Without saying who, but I find it both wonderful and lovely that two acquaints, not knowing each other and not aware they both know me, meet on internet meet on Internet and go on a date and it was a good first date!

I kind of have a ticket to the best seat in the theater and can only relax and enjoy the spectacle. 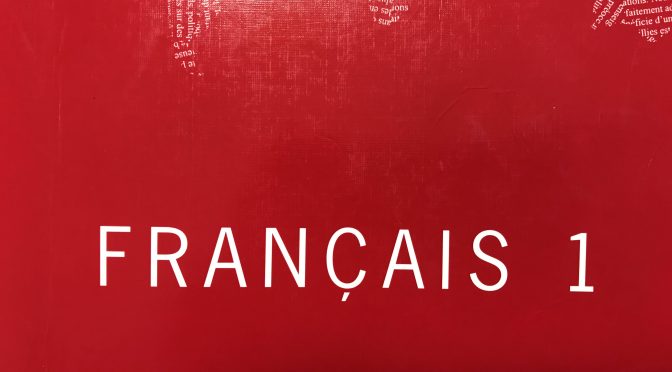 Spoke with a colleague of mine, whom by accident studied in Jönköping for a few years and during this time only learned “Tack så mycket” (Thank you) in Swedish. The reason? As he put it, everyone speaks English.

Me “learning” French is in a way in the same place but the reaction to the phrase “Everyone speaks English” is a bit different. While in Sweden this is 100% normal, you don’t find anyone object telling you to leave the English and learn Swedish (this is of course only if you manage English) but here in France the reaction is “You must learn French”.

Why is it so OK in Sweden to manage your daily life in English but in France a sin? OK, I agree that outside Paris you might struggle if your French is bad or non existing but in Paris most people speaks English. Then of course… If they want too or not is another question.

I also miss anything similar to the “Lättläst på svenska” (“Easy read in Swedish”) here in France. Classic French books adapted to people learning French. I always get the “You need to read more” suggestion and of course I need to read more but seriously… You don’t start to read Moliere and think you will master it in a week. But a Moliere adapted to “kids” (more or less) might be the idea. Trying to read French books now is a nightmare if you don’t enjoy to look up every word in a “dictionnaire”, and doing so it takes to long, and at least I, looses interest.

That was todays thoughts on learning French

Björn (Whom forgot his mobile at home this morning)