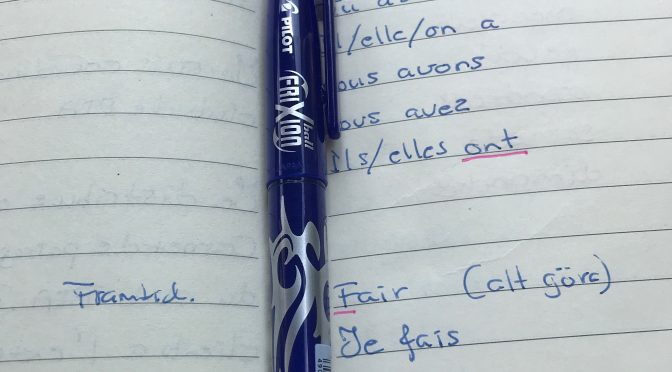 So total it finally was time for the Lilate, the French test… Test my level (by the way in September 2015 they said it was on the level of a four year old). And I don’t have the result yet but let us guess, 2 year old maybe?

First I lied terrible about my age, cause 50 in French was gone, my brain told me that 50 in French is something you never heard about Mr. So I grabbed the first number I could think of, 38! And the darling person on the other side told me she thought it was less… Bad line obviously but good to know… I look good on Skype with a dirty lens.

Then all the expected verb confusions before what I been told, read a short text and answer queries on the text. OK went not completely  bad even if the text on sun hours in Sweden during Spring, summer and winter kind of included words in French I never ever even heard before.

Then the fun part, to tell the test lady about something she asked me. I was told this will be on work, my hobbies and so on. I was asked to explain the phenomena “Northern light” in French “Aurore”. Hello? I can´t explain that even in Swedish! Electro magnetic fields in French?

But now its done, no more thoughts on that.