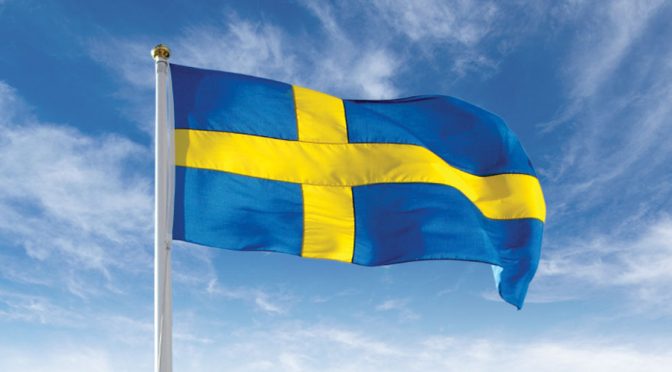 So finally time for a review of the third semi in Swedens Melodifestivalen 2019. And reading this remember that at least 5 of the songs in Leksand, according to me, was much better than anything from semi 1 and 2. So a bad remark here is not that bad actually.

“Somebody wants” The lovers of Valdaro. I really, and I mean really like this song but the act was a bit to rainbow family even for Melodifestivalen. But it was worth so much more than a last place which really surprised me and I really want to see more especially from the singer of the band.

“Habibi” Dolly Style I ended up with Dolly Style as my number one yesterday, but it was so close between my top three, and again surprised they not reached at least the second chance contest. And I think it might have been fun for Sweden to send a song to Israel named “Habibi”

“Låt skiten brinna” Martin Stenmarck, again a song I like but a bit too Swedish for reaching a good result in a Eurovision final. Martin is still a amazing entertainer and sending someone like him to Eurovision will be safe, no discussions he will do it well.

“Victorious” Lina Hedlund. Her first solo shot for the Eurovision ticket “Nothing can stop me” is still one of my favorite Melodifestivalen songs and now solo again after Alcazar I expected something more modern really. Nothing wrong with the song but it felt like its been done. No doubt it will be a hit in the Eurovision Bars tho´But I cannot understand why I start to hum “Bad du än trodde så trodde du fel” when listening to it. Cause its not even close.

“Om om och om igen” Omar Rudberg. Both the boys in Foo&O wanted to do a Felix Sandman from last year and both failed but where Oscar keep a low profile the bitterness from Omar is so obvious. And his “The viewers might think the song is to good for this contest” as an explanation…. Smells hybrid, cause this was far from good. And I still, I know tis is mean, think he look like a RuPaul drag race reject. But the boy can dance.

“Who I am” Rebecka Karlsson. My God, Sweden please…. A song so lame its the obvious “Toilet break” moment if ever going to Eurovision. And without her teary introduction telling Sweden how she was bullied and no one liked her as a child (as a child? she is 15) no one would have voted for her. A typical SVT “want her to pass” situation cause both the Second chance contest and the final needs some songs clear from the beginning won’t win so SVT can put them against acts they want to place good. without a doubt my LAST place yesterday.

“Norrsken” Jon Henrik Fjällgren. This is tough and this is tough love Mr Fjällgren and a huge bitch slap to SVT. First, I love this song, without doubt my number one until I noticed what most people must have noticed… How much of the chorus and even worse the joik is on tape? The dancers on stage hardly joined and sang a tune and even Jon Henrik joik was spread in the arena without him opening his mouth.

The magazines today focused on the similarities to Aviici and Im not going to use that here cause the huge issue should be the SVT rules contra the Eurovision rules. We, Sweden, done this mistake once before “La voix” performed by Malena Ernman. Sounded amazing in the Melodifestivalen but in Russia, flat. With only 6 allowed on stage and no pre recorded chorus or singing the rule in Melodifestivalen with 8 people on stage and pre recorded singing and chorus give a feeling of going from fantastic show number to a unplugged session in a Sports bar somewhere. And I am surprised no one point this out. I am surprised that the product team behind the song want to take this risk of winning knowing that the Eurovision version won’t be as good.

In any case, this song will most likely be the song we will hear the most after the contest as well as the song I will play most in private cause I love it and Jon Henrik is both amazingly likable and chaud as hell.

But I only placed Jon Henrik 3rd yesterday based on the no singing no joik thing.